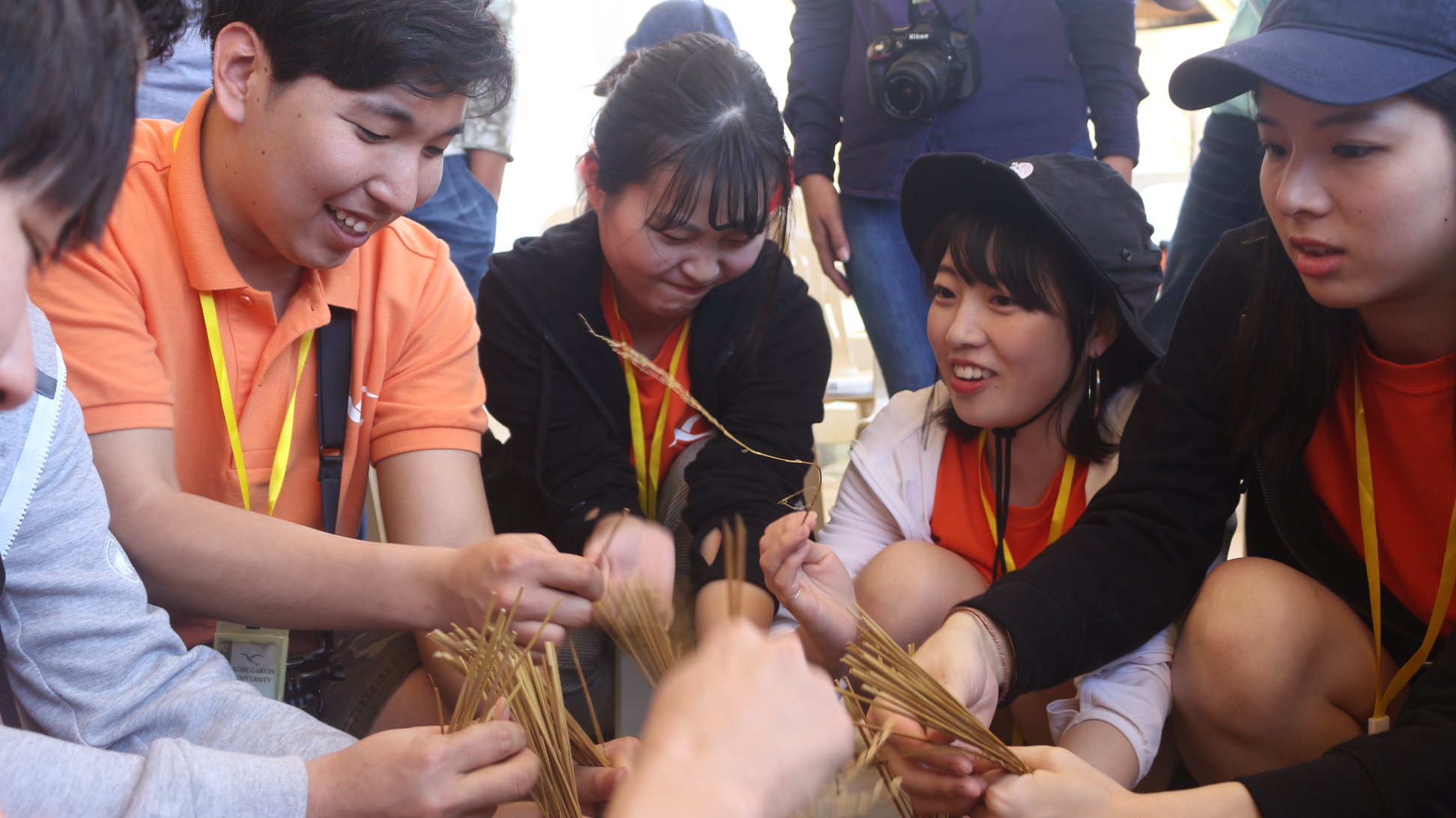 Immersing with two Cultures: A cultural exchange between IFSU and the Kobe Gakuin University, Japan

The Ifugao State University (IFSU) once again hosted the cultural exchange between the University and the Kobe Gakuin University (KGU), Japan from February 18-22, 2019.

KGU is one of the partner schools of IFSU which started in 2013. Since then, IFSU annually hosts KGU students and faculty for the Academic and Cultural Exchange.

The IFSU-KGU Academic and Cultural Exchange Program aims to bring a deeper understanding of the Filipino and Ifugao Culture to the Japanese students and allow them to gain substantial insights about it through the exchanges with their student counterparts and tours conducted.

Through this program, KGU delegates were able to explore and apply what they have learned in their activities. It also became an opportunity for both of the Universities to learn about the culture of one another.

This year’s host is IFSU Aguinaldo Campus. The Cultural Exchange became a venue for sharing of IFSU and KGU students.

As a starter, each University presented its specific school and culture. This is a venue for both Universities to have a deeper understanding of each program and culture.

This introduction of the program was followed by traditional games introduced by Aguinaldo students. In fact, a student of IFSU Aguinaldo Campus challenged one of the KGU students to a “hanggul” or arm wrestling.

IFSU Aguinaldo students also had fun playing “Fukuwarai”, a traditional Japanese game often played during the New Year Holidays.  A meeting of both students followed.  This wasn’t easy at first due to the communication barrier. But still, they tried to express themselves in the most possible way.

Other activities were also introduced such as soft broom making, rice pounding, stonewalling, rice planting, and tree planting.  KGU students were able to perform their outdoor activities smoothly and easily with the help of the student counterparts who accompanied them in each of their activities.

Though some of the activities require more strength and patience, the KGU students never hesitated to perform every activity even if they need to stay under the sun for a long period of time.

Both IFSU and KGU students enjoyed planting rice. Others even played by putting mud on each other’s faces. At first, some of them got scared upon soaking their feet in the mud but they learned to adapt and adjust to the new surrounding.

KGU students also visited the students of Damag Elementary School (DES) where they introduced Japanese games. DES pupils actively participated in the games and even received small gift s and prizes as rewards for participating.  KGU Students had also experience living with their assigned host families where they learn the daily routines and learn about the way of life in Aguinaldo despite the short time given to them.

During their stay in their host families, some of the KGU students tried eating” balot” and drinking “baya”, Ifugao rice wine. They were also taught how to eat with their bare hands which they enjoyed so much.

During the cultural night, IFSU Aguinaldo employees introduced and explained the proper way of wearing the Ifugao attire for men and women. Afterward, the participants joined in dancing the Ifugao dance while wearing their Ifugao native attires.

Aside from student and cultural exchange, KGU delegates also visited tourist spots in Mt. Nagchajan in Mayoyao and the Snake River in Banaue, and the Kiangan Peace Shrine, and Museum.

A realization after visiting the peace museum reflects that peace should always be an aspiration among countries. Another important lesson is that it is always good to remember and give importance to important events and history which had a huge impact on people. //by:Allen Jefrick Aquino 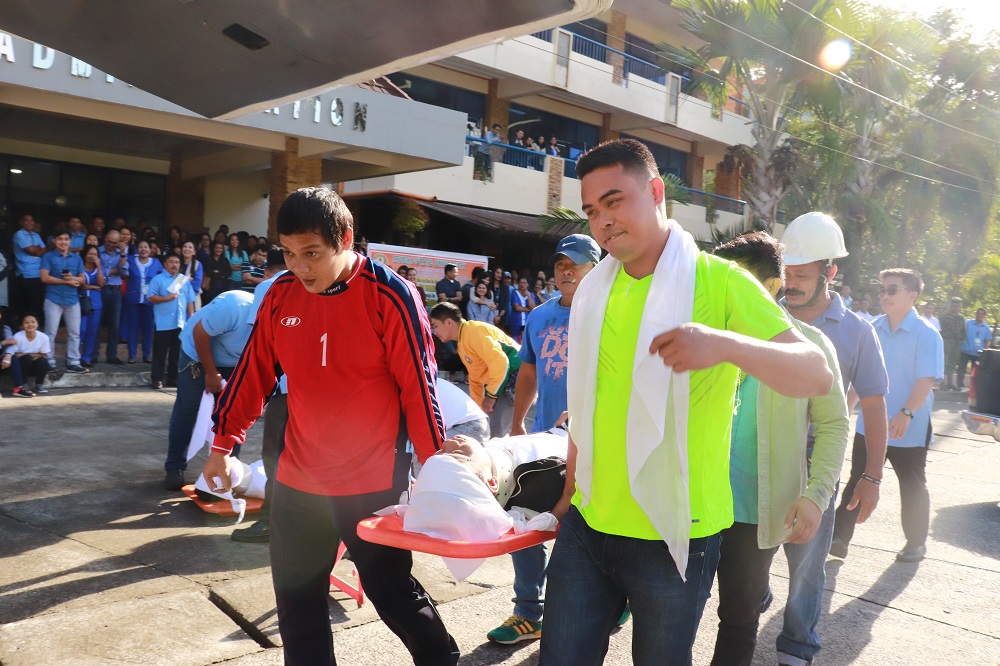 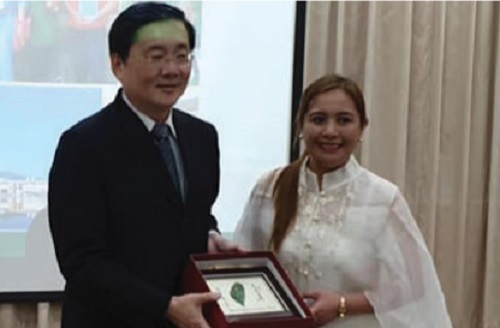 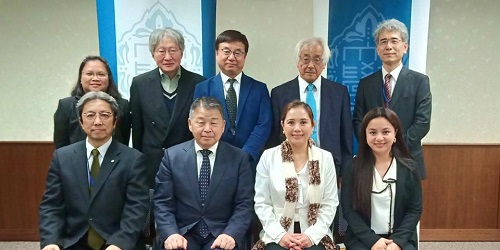 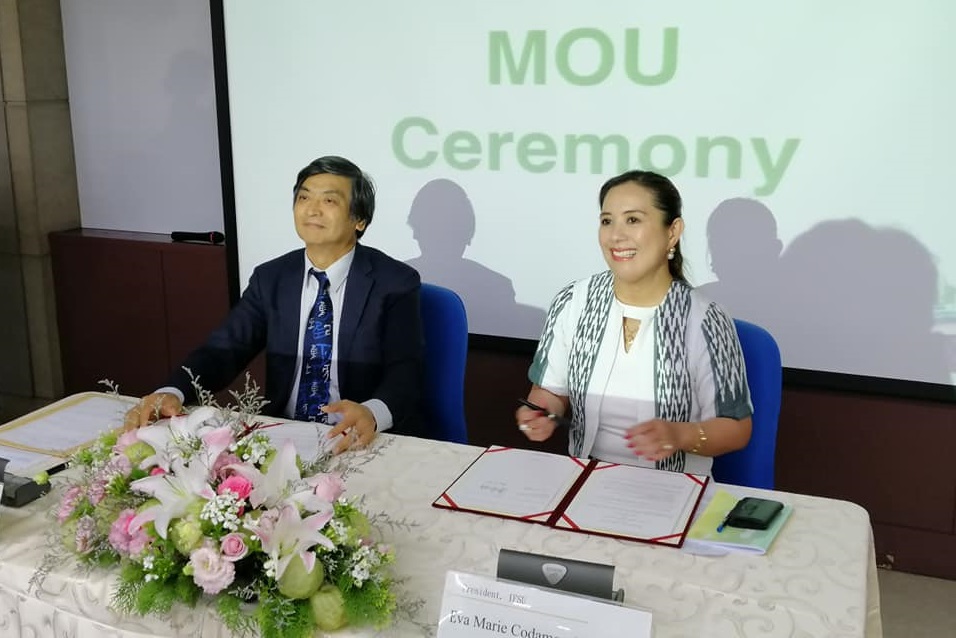